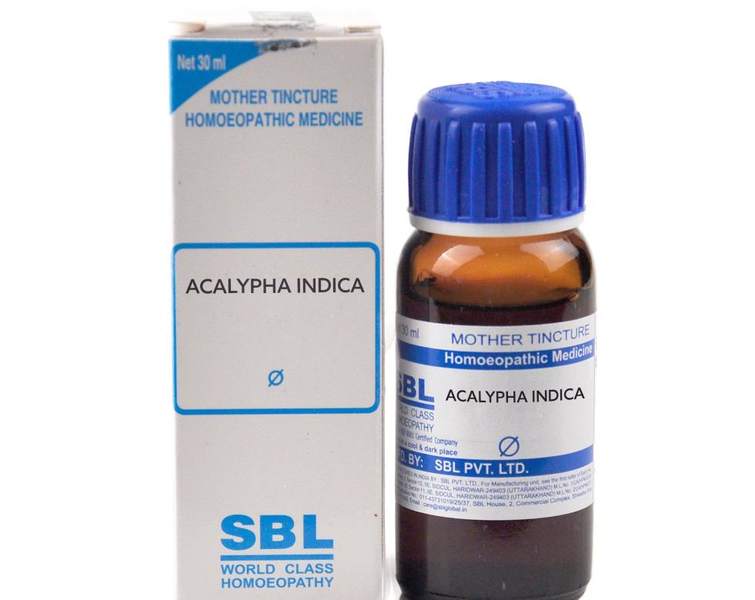 Haemoptysis of bright red blood in the morning; dark and clotted in the afternoon and evening

Introduction and History: There is great controversy about the first prover of this medicine. According to Dr. N.M. Chowdhary, ‘This remedy was first proved by Dr P.C. Mazumdar of Kolkata, ‘ where as Dr S.C. Ghosh, in his ‘Drugs of Hindoosthan says that, ‘ Dr C.F. Tonnere, a French homeopath made a proving of Acalypha indica and called our attention to this plant as a valuable remedy’. It is an infallible remedy for haemorrhages, especially haemoptysis.

Preparation and Parts Used: Tincture is prepared from the fresh plant.

Constitution and Physiognomy: It is suited to tubercular constitutions. Haemorrhagic diathesis.

Keynote: There is dry, hard, racking cough followed by haemoptysis, worse in the morning and at night.

Generalities: Patient feels very weak in the morning, gains strength during the day, has progressive emaciation.

Aggravation: In the morning and at night.