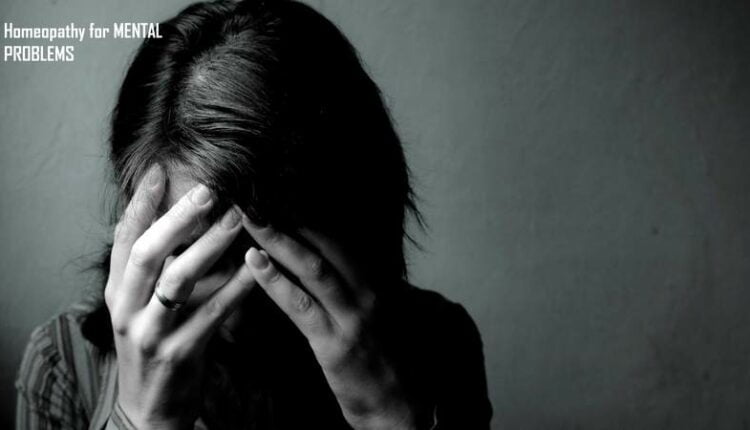 Stress is a leading cause of psychological illness. Tension creates its special place in our daily routine, lifestyle and in our society and is the cause of several diseases.

Don’t get the love of parents in childhood, gets humility from society because of some disability, failed in exam, beaten without any cause, inherent brain weakness or due to any accident. A person at any age can be a victim of mental problem.

Among other symptoms of dementia following symptoms are reflected in patients-

Belladonna: The patient remains in fantasy world, suffering from hallucinations, sees ghosts and scary faces, unconsciously wants to run away from everything, not interested in conversation, always tears in their eyes, headache, red face, there is swelling, discomfort and fear remains, mucous membranes dry etc if such symptoms are found then this medicine with power 200 and 100 should be given quickly.

Hyoscyamus: The patient will perhaps imagine he is pursued by some demon or that some one is trying to take his life; and he runs away from an imaginary foe. He is talkative and, like Lachesis, constantly jumping from one subject to another. The face is only slightly flushed, he may see ghosts and demons, but the mania is an acute non-inflammatory mania. For such symptoms give this medicine of power 200 and 1000.

When patient looks unhappy and always sees the negative approach then for such condition Causticum is the best.

Regular mood upset, insanity due to some grieves,- Ignatia and Causticum is useful.

For them whose cough and cold increases every year – Antim Sulp

Swelling around the eye and in both of the eyelids – Phosphorus