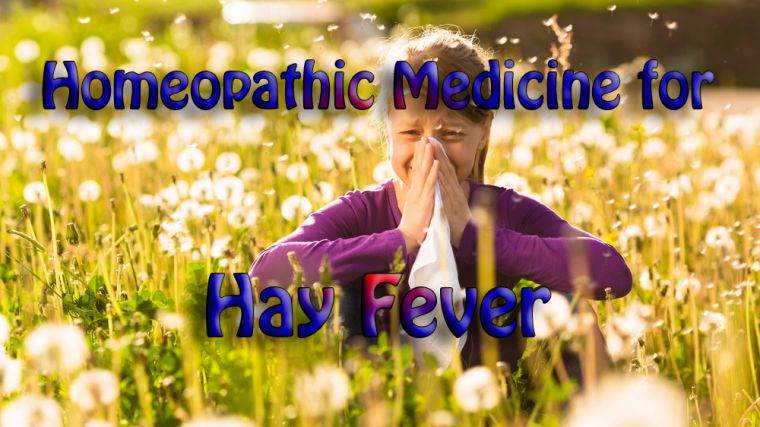 It is an acute, irritating, inflammation of the eyes and upper respiratory passages accompanied by itching and profuse watery secretion, followed occasionally by bronchitis and asthma. The episodes recur annually at the same or nearly the same time of the year, in spring, summer or late summer and autumn. It is caused by an allergic reaction to the pollen of trees, grasses, weeds, flower, etc.

Allium cepa (Four times a day): Copious, watery and extremely acrid discharge. Sensation of a lump at the root of the nose. Fluent coryza with cough. Hoarseness and headache. Watering of eyes. Sneezing worse entering a warm room and better in open air.

Arsenicum alb. (Thrice a day): Burning in the eyes. Thin watery discharge from the nose. Nose stopped. Sneezing does not relieve. Symptoms worse in open air and better indoors.

Arundo (Thrice a day): Hay fever begins with burning and itching of the palate and conjunctivitis. Annoying itching of the nose and at the roof of the mouth. Sneezing.

Natrium mur. (Thrice a day): Violent fluent coryza. Discharge thin and watery, like the raw white of an egg. Cold commences with sneezing.