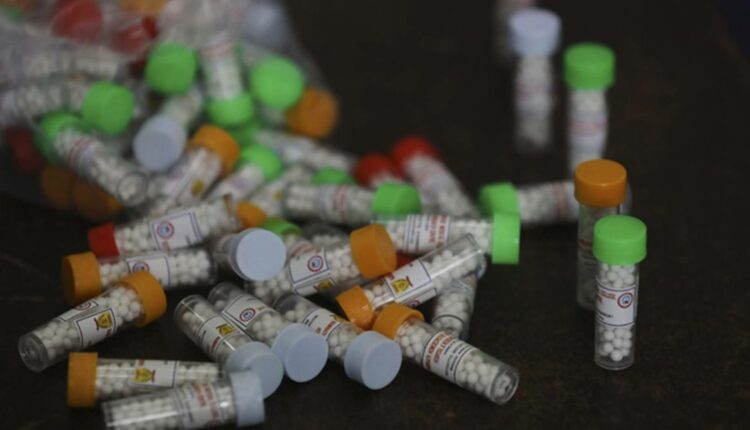 A gentleman came for treatment, who was suffering from mental anguish, restless mind, as well as pain in the head due to the troubles of the house. The pain lingered on the top of the head, and if there was any cause for concern, the pain intensified.

It is also necessary to know the cause of disease in homeopathy because in homeopathy there are medicines for diseases caused due to mental reasons like grief, fear, anxiety etc. If you do not sleep with happiness, then coffea cruda is given, if you are afraid, then aconite is given. Thinking that the patient was suffering because of his worries, he was given Ignatia 30. But it did not benefit him. On finding out the cause, it was found that although the disease was aggravated by worry, the anxiety was not the basic cause of his illness.

After talking in depth with the patient, it was found that he is of hot patient, his hands and feet keep sweating. These symptoms are of sulphur. Seeing all these symptoms, he was given sulphur 30 and he got benefit in all the symptoms.

But the improvement in the patient’s symptoms stopped after a while. Then the question arose that what to do now? To overcome this problem, a section has been written in the clinical repertory – clinical relationship, that is, which medicine are related to each other, such a relationship by which one medicine can overcome the deficiency of another medicine. For example – if some of the symptoms of inflammation are relieved by Belladonna, and the medicine does not benefit further, then merc sol carries forward the benefits. Similarly, if sulphur stops working, then Lycopodium starts benefiting. The patient’s symptom of pain, which was left over from recovery, was the persistence of pain in the palate of the head. This trait is also present in Lycopodium. When the above symptoms did not go away with sulphur, then he was given Lycopodium because these two medicines are compatible with each other. After giving this medicine, the patient got cured to a great extent.

This condition also persisted for a few months, when the attack of Influenza made the patient in the earlier stage and he started having the same pain. Now even Lycopodium did not help, it was of very little benefit.

In such a situation, again the recourse of clinical relationship was taken. Chelidonium is mentioned in the complementary medicine of Lycopodium, which means that these two drugs are complementary to each other, filling each other’s deficiency. By looking at Materia Medica, it will be known that the properties of these two medicines are similar to each other in many areas. By giving Chelidonium to this patient, all its diseases disappeared.

The meaning of writing this post was only that we should know about the complementary medicines in homeopathy i.e. compatible medicines.

How to Find Constitutional Medicine In Homeopathy

How to choose homeopathic medicine based on tongue ?