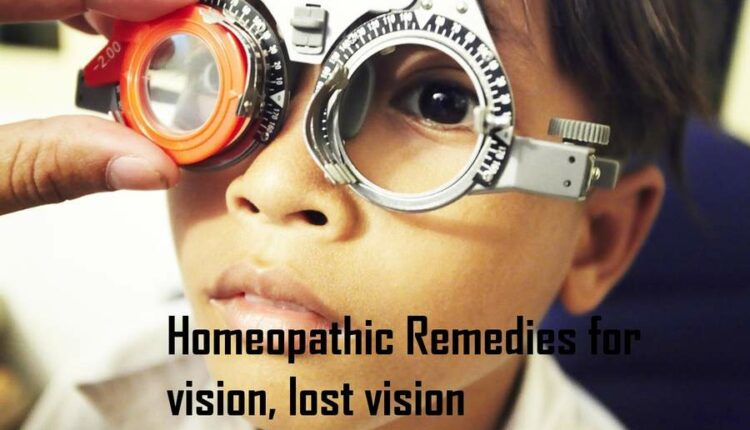 When you keep few things in your mind in addition to blindness and take care, then the curse of blindness can be avoided. Cataract, Glaucoma. Malnutrition is the most responsible cause for blindness, which is known as Xerophthalmia.

Blindness, caused due to malnutrition is mostly found in developing countries. Every year in India approx forty thousand children become victims of Fully Blindness and more than double become victims of partly blindness. Most affected are children between the age group of 1-2 years.

Vitamin A is the most important element for vision. Vitamin A is an organic mixture which is necessary for the body but not created automatically by the body. For Vitamin A we have to depend on external foods. Lack of Vitamin A results in Blindness, skin becomes rough, stops the growth of the body, Immune power goes down day by day. Contagious to any disease likely to be arises in such a condition.

Common diseases like diarrhea if occurs frequently then vitamins are removed and there is always remains a deficiency of vitamins in your body. If this problem is not treated timely and effectively then you may suffer from blindness. For this it is necessary that when attacked by any disease try to make proper treatment along with appropriate quantities of Vitamin A. Death is also possible because of deficiency of vitamin.

In this problem eyes seems to be rough, known as Xerosis.

The first symptoms of Vitamin A deficiency is Night Blindness. No visibility during evening and night. This disease affects children at a young age and earlier sign of this disease is mucous or gray, with gray spots appears on conjunctiva. Cornea can be affected if deficiency of Vitamin A not removed. It started becoming rough due to dryness and there is formation of wound, brightness also diminishes. First there is haziness then cornea becomes white that results in blindness. After this situation it is difficult to get back your eye sight.

Malnutrition is the most responsible cause for blindness. During pregnancy time or after the delivery if pregnant women gets good dose of Vitamins then the baby will not be affected by this problem.

When the child began to eat properly, then include green vegetables, milk, yellow colored fruits etc in their diet.

Physostigma: no visibility at night, cannot tolerate any type of light, contraction in pupils, muscle cramps while rotating eyes, glaucoma, not knowing the exact distance of the object, irritation when using the eye, gets the disease myopia , sometimes eyes get paralyzed then use this medicine of power 3x.

Santonium: The patient does not know the difference of colors. Suddenly vision becomes cumbersome. obliquity of the eyes (squint), often all objects are seen pale, worms are found in stomach , dark pit below eyes etc then take this medicine of power 3x.